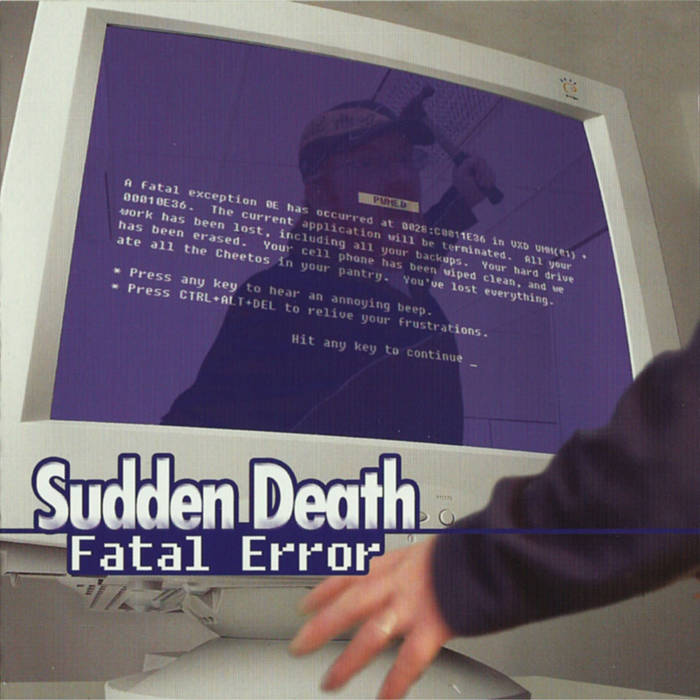 After the release of Die Laughing production once again slowed to a crawl and it was a full 18 months before another song was recorded. That song, "Reign of Error," was produced for a compilation that Devo Spice produced. Envisioning FIDIM Interactive, LLC, Devo's company, as a full-blown record label, Devo produced a compilation album titled Technobabble which was released in 2006. "Reign of Error" was also included on one of the Rhyme Torrents compilation albums of nerdcore hip hop. However, Devo just didn't have it in him to screw over other artists like a real label, so the idea of FIDIM as a record label never got off the ground.

2006 was also when fate brought Devo Spice together with Rob Balder and Jonathan Coulton at Confluence, a science fiction convention in Pittsburgh. The three had a panel together, and nobody came (kind of like their concerts), so they sat around discussing their various attempts to make money with their music. This lead to Rob coming up with the idea which later became The FuMP, or The Funny Music Project.

The FuMP launched in 2007 with Sudden Death as a Core member, meaning they were supposed to release a new song each month on the site. Devo knew this pace was too aggressive for him to do it himself so he got back in touch with Tha Perfessor and asked him to take the music. The pace turned out to be too aggressive for anybody, but that's another story.

2007 was a golden age of production for Sudden Death and a seemingly endless string of hits were produced. By the end of the year Sudden Death had multiple Funny Five hits on the Dr. Demento Show, including several #1s, and ended the year with the #1 song of the year ("Cellular Degeneration"), the #2 song of the year ("Getting Old Sucks"), and the #4 song of the year ("Pillagers.") Devo Spice was also a featured vocalist on song #5 ("Anorexiac" by Seamonkey). Devo just barely missed having songs 1, 2, and 3 in succession as "99 Words for Boobs" snuck in at the last minute with just enough points to knock "Pillagers" out of third place. Devo still hasn't forgiven Spaff for that.

By early 2008 Sudden Death had enough material released on The FuMP to produce a new album. Not wanting to release an album of already-available songs, Devo recorded a couple more album-exclusive tracks and released Fatal Error at MarsCon in 2008.

The album also includes a video interview with Devo and Tha Perfessor, and a fully playable Pac-Man parody video game. Well, fully playable if you have an older Mac or PC, anyway. It won't run on Intel-based Macs.

Later in 2008 Devo Spice decided that it was finally time to drop the name Sudden Death. It only took him 18 years to come to that decision. Several new songs had been released to The FuMP after Fatal Error was released but in late 2008 when the name was officially dropped those songs were rebranded to just be by Devo Spice.

Since then Devo has released several solo-branded albums, including a Doctor Who concept album, and even remixed and remastered many old Sudden Death recordings to put out a 2-CD best of Sudden Death compilation called Rhythms from the Crypt. Those albums can be found on Devo Spice's BandCamp page at devospice.bandcamp.com.

Special Thanks: Dr. Demento for all the continued support and for playing our music (drdemento.com); Thom Uliasz for consistently coming up with some kick-ass music (burnkit2600.com); Shoebox of Worm Quartet (wormquartet.com) and the great Luke Ski (thegreatlukeski.com) for all your help with songs and being there at the drop of a hat when I need background vocals; Carrie Dahlby for the amazing singing and for being the Carol Cleveland of The FuMP (carriedahlby.com); Possible Oscar for the awesome music on Take Back the Music (possibleoscar.com); Power Salad for the awesome voice work on Pillagers (powersalad.com); Rob Balder for taking on Wikipedia with me and for coming up with the idea for The FuMP (robbalder.com); Tom Smith for covering my ass on at least one occasion (tomsmithonline.com); Jeff Smith for directing a great indie movie (raymondandscum.com and stupidteenagersmustdie.com); Wally Fields for the spot-on HAL 9000 impression (wallys.com); Dr. Kirsten Sanford and Justin Jackson of This Week in Science for the inspiration for World Robot Domination and for just putting on an awesome show (twis.org); Spaff for letting me record the birthday track (spaff.com); The Gothsicles for the awesome song idea and not making me scream like that on the recording (thegothsicles.com); Mei-Ling Uliasz for playing the wife on Pillagers; Mike Eaton, Justin Emerson, Steve Bean and Fossil B for the background vocals on Blood Guts and Boobs; Seamonkey for having me on Anorexiac (seamonkeymusic.com); Logan Whitehurst (RIP) for putting out such great music (loganwhitehurst.com); all the radio shows and podcasts that have been playing my songs including The Mad Music Show, The Awful Show, The Dementia Top 20, The Last Exit for the Lost, The Snark Tank Radio and everyone else; all the conventions and clubs that have had me perform there including MarsCon, I-CON, Dragon*Con, Con on the Cob, and everywhere else; Akon, Kanye West, Run-D.M.C., Busta Rhymes, Soulja Boy and Newcleus for the inspiration; my wife Jen for putting up with me through the production of all this crap, and my kids for always being happy to see me regardless of how bad my day has been.