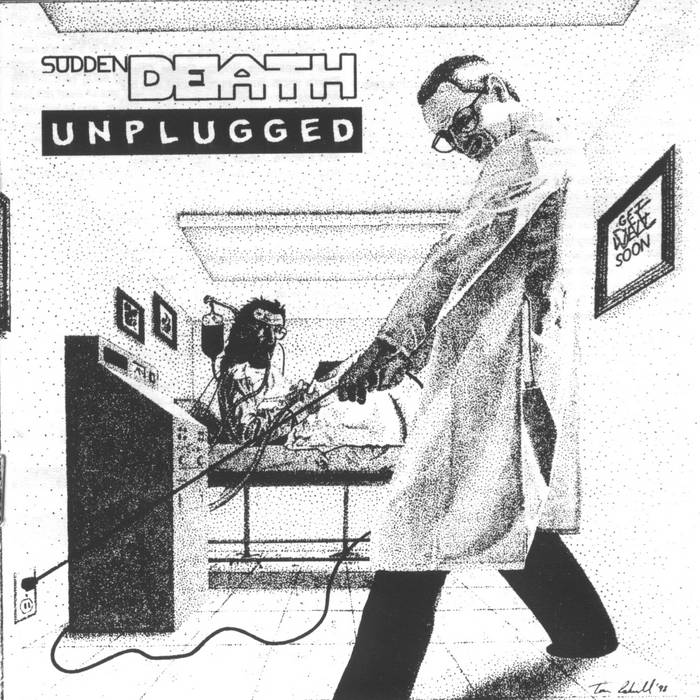 In 1995 after the release of Brain Dead Devo Spice graduated from RIT with a BFA in Illustration and an AAS in Graphic Design. He returned to RIT for one more year to get an MST in Art Education which he received in 1996. After that Devo took a job teaching at a local community college, which meant that the summer of 1996 was his last trip "home" before permanently moving to Rochester.

As a result of not having regularly scheduled Connecticut time, production on music slowed. It was also around this time that Devo began exploring video game production and began spending much of his free time on that. He was also pursuing a career in Illustration and spent a lot of time painting and training his finely tuned marketing skills to promoting his artwork.

But he did find time to do a cover of "Weird Al" Yankovic's early song "Happy Birthday" for a tribute album put together by the people in the rec.music.dementia newsgroup. Devo volunteered to do the cover which is a painting of a ball of Al-like hair playing the accordion.

But production did continue. And it was around this time that Devo began co-hosting a weekly comedy show called Friggin' Here on RIT's radio station WITR along with Tim "TWINK!" Winkler. Tim asked Devo to join the show because he wanted access to Devo's comedy music collection, not because he thought he'd be a good co-host or anything. It was also around this time that South Park premiered on Comedy Central and Devo coincidentally heard the old school song "South Bronx" by Boogie Down Productions on another WITR show. He put the two together and began working on the parody. Meanwhile Tim interviewed Luke Ski for the show and Luke casually mentioned he was working on a South Park song. Coming fresh off his hit "Insane And The Brain" on the Dr. Demento Show, Devo knew that Luke's song would get airplay and his best shot was to beat Luke to the punch. While both songs premiered on the same show, the Sudden Death version did beat Luke Ski's to Dr. Demento's P.O. box by about a day. So there. N'yeah!

Guests include Kassa Overall and Muriel Grossman, plus an LP of the week by Van Hunt.